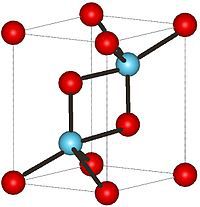 a) An oxide of a rare earth element. It is soluble in acid and insoluble in water.

b) Neodymium(III) oxide is used to dope glass, including sunglasses, make solid-state lasers, and to color glasses and enamels. Neodymium-doped glass turns purple due to the absorbance of yellow and green light, and is used in welding goggles. Some neodymium-doped glass is dichroic; that is, it changes color depending on the lighting. One kind of glass named for the mineral alexandrite appears blue in sunlight and red in artificial light.

d) Neodymium(III) oxide is also used as a polymerization catalyst.

In sealed double polyethylene bags. The bags are packed in steel drums containing 50 Kgs net each.